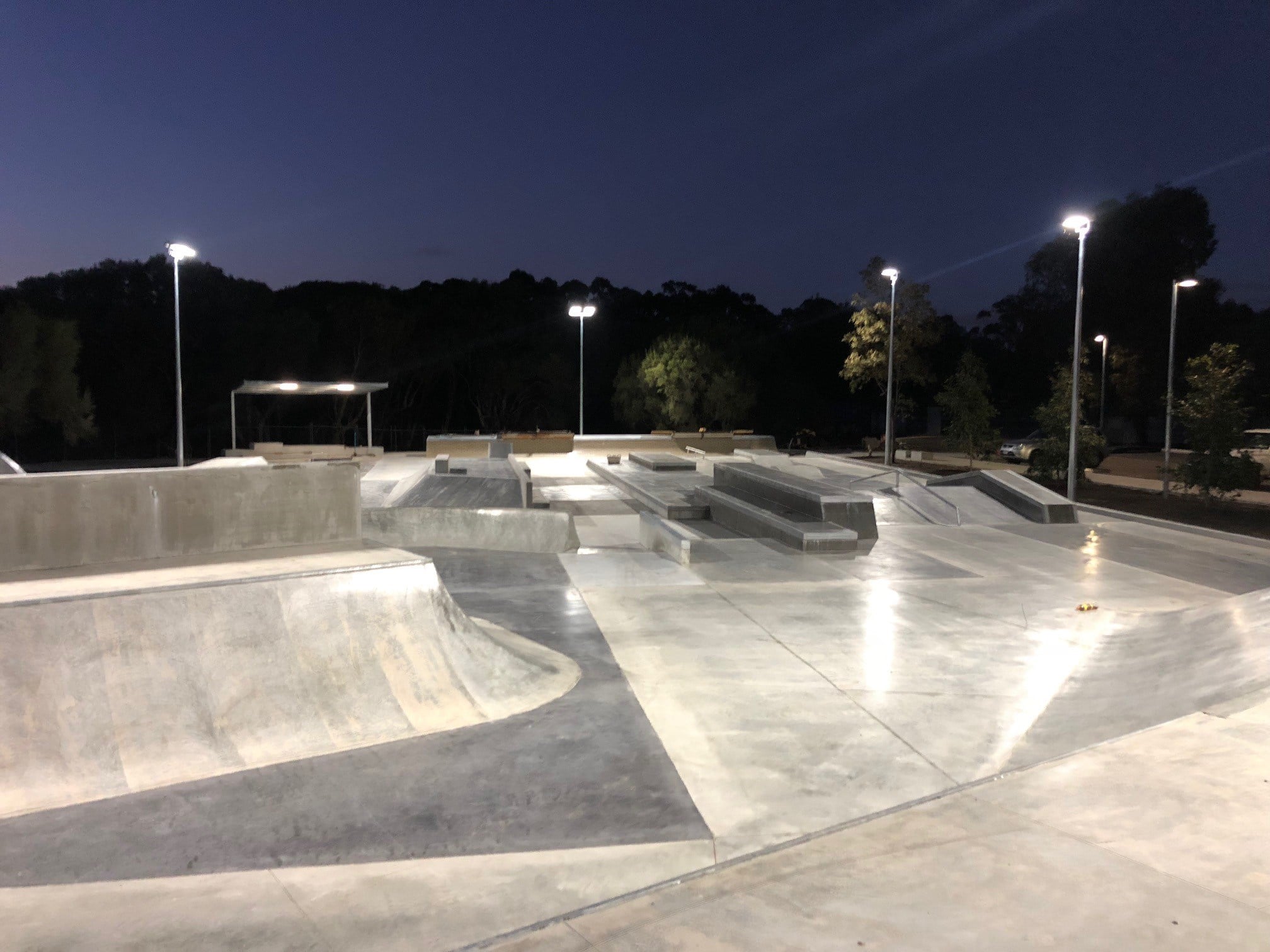 Being afraid of the dark is a common fear and a big reason many of Perth’s public spaces empty when the sun goes down.

It’s not so much an irrational fear that concerns people anymore, but the fact the chances of being attacked or victimised in some way increase greatly after dark.

Areas such as public open spaces and skate parks have largely negative reputations and are often considered no-go zones after daylight hours.

But add effective lighting and the story changes significantly, as the City of Cockburn and City of Busselton have discovered since lighting upgrades to facilities in their council areas.

As part of a redevelopment of the Bibra Lake Skatepark, bright LED lighting was integrated by Prestige Electrical to ensure the entire park is well lit.

“There is no doubt upgrading community lighting carries multiple benefits and enhanced safety is just one of those,” Frank said.

The City of Cockburn says that the lighting has enhanced and increased use of the area, leading to longer periods of activity and the option to run night competitions.

Director of Skateboarding WA Ben Bowring said the skatepark was a fantastic community facility and since the redevelopment, numerous events had been hosted there at all times of the day and into the evening.

“Any community area and sporting facility is naturally a safer and more welcoming environment when there is suitable lighting.

“The social stigma associated with some skateparks was not the case at Bibra Lake and the facility attracted a broad range of skateboarders and a real sense of community.

“The importance of lighting at skatepark facilities is fundamental to helping skateboarders feel safer attending the facility after work and it’s a real positive this space is now a thriving destination at night,” Ben said.

The City of Busselton Foreshore Upgrade, which included revitalisation of the Sea Play on the Bay Adventure Playground, included the installation of dramatic feature effect lighting by Prestige Electrical.

City of Busselton CEO Mike Archer said the foreshore is a focus for family and community gatherings and improved lighting was key to the City’s objective of encouraging families to the foreshore and increase tourist visitation.

“Coupled with the installation of CCTV, this has significantly improved community confidence in the Busselton foreshore as a place for recreation. The new lighting is both functional and beautiful and we are very happy with the result.”